Order and repeat order for Rinheat from Ence 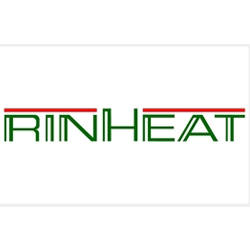 Rinheat received in 2017 the order from Ence Pontevedra for the revamping of the evaporation plant.

The start-up of the plant was successfully done in October 2018, some 10 days earlier than contracted. The rebuilt meant a capacity increase from 380 tph evaporated water to 450 tph and increasing the heavy liquor concentration from below 70% to 75%. The concept integrated in a successful way the pre-evaporation and the main evaporation trains with an optimal performance combined with Rinheat’s advanced internal condensate stripping concept, which resulted in better methanol segregation, thereby making it possible to maintain the existing condensate strippers without increasing the stripping capacity.

In November 2018, Ence has awarded Rinheat with a second order for increasing the capacity further to 480 tph evaporated water and simultaneously increase the heavy liquor concentration to 80%.

We use cookies to ensure that we give you the best experience on our website. If you continue to use this site we will assume that you agree with it.OK